Another drought in The Gedo Region of Somalia 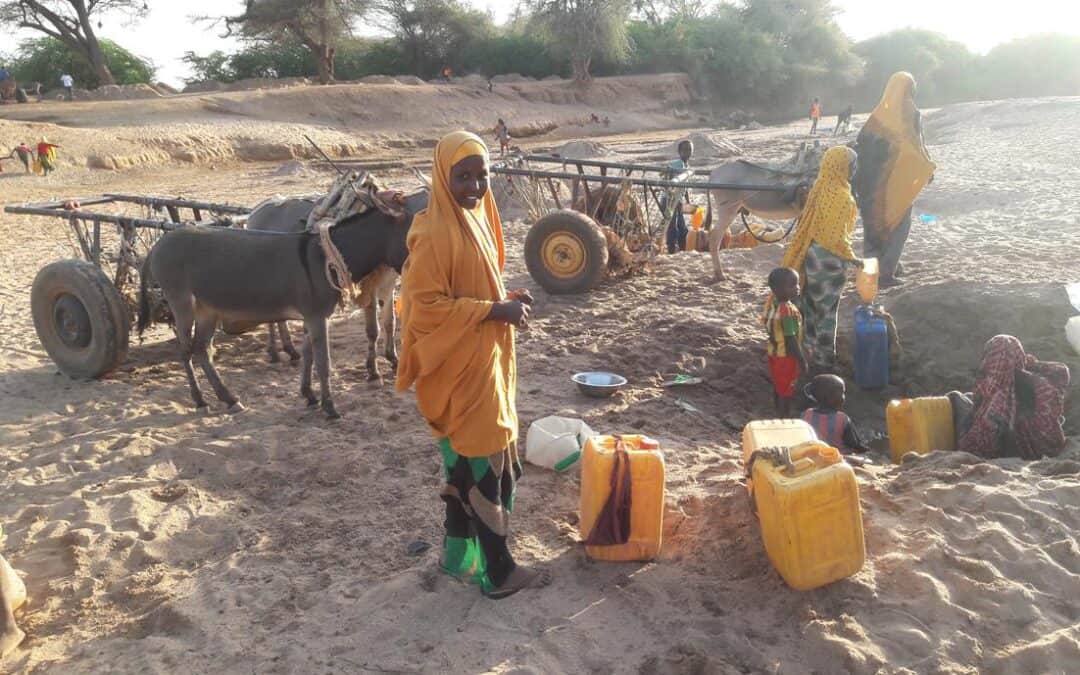 The Gedo region in Somalia is on the verge of a drought, because so far it has received only very little rain from the country’s most important rainy season. According to the FAO, the “Gu” rainy season, which normally lasts from April to June, accounts for about 75% of the country’s annual rainfall. Its absence therefore has serious consequences for the people and animals in the region, especially agro-pastoralists. This year some regions have not experienced any rainfall at all, while other regions of the country had only light precipitation As a result, parts of the Dawa River, which in Somalia is an important waterway, have dried up completely. The only way to get water for the local population is thus to dig up and drain the sand from the riverbed. The weakest livestock have already died, and the number of internally displaced people in the neighbouring regions has risen.

We have been working in the region for many years. In our activities, we concentrate on ensuring food security and minimising the risk of crop failure and livestock loss in emergency situations, such as this one. An example of how we work in these situations is the LLRP project, which has been extended several times due to recurring droughts. You can find out more about the project here. More information about the project can be found on the project page and the country page of Somalia.

More information about the project can be found on the project page and the country page of Somalia.