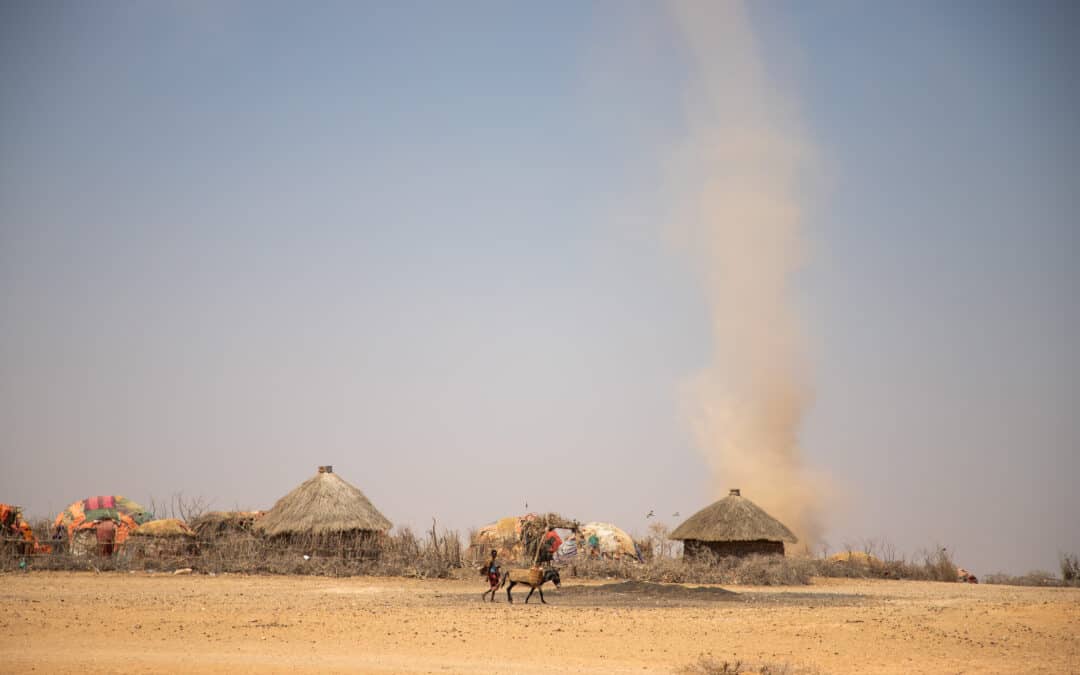 The food crisis in the Horn of Africa has been worsening despite major humanitarian efforts and the latest forecasts for the coming months are worrying. The ongoing drought, rising food prices, lack of imports as well as conflicts in certain regions are responsible for the precarious food situation. VSF-Suisse is working tirelessly in Kenya, Ethiopia, Somalia and South Sudan to support the people affected and their animals.

The Horn of Africa has now experienced a fourth rainy season with far too little rainfall – an accumulation that has not been observed in this way for four decades. A combination of La Niña and rapidly advancing climate change is responsible for the ongoing drought. These more severe and frequent droughts do not give people and animals a chance to recover, unlike in “normal” years.

Impending famine in parts of Somalia 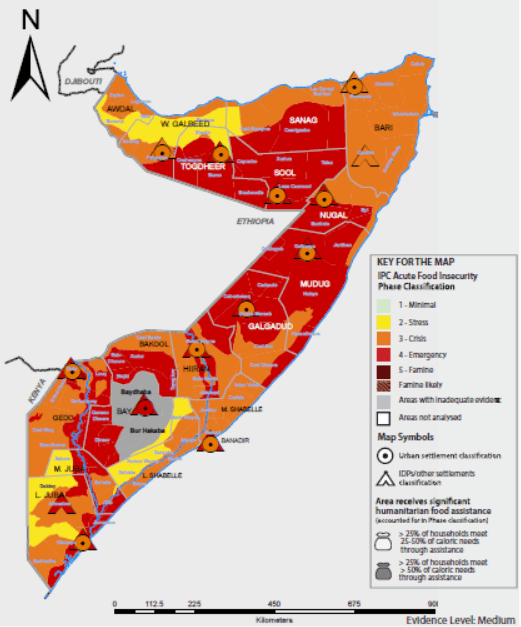 The forecast for Somalia is worrying. © IPC

In Kenya, Ethiopia and Somalia, a total of 18.6 million people are facing high acute food insecurity (IPC Phase 3 or higher*), according to the latest estimates. In Somalia alone, 7.1 million people (45% of the total population)

are likely to be acutely food insecure (IPC Phase 3 or higher) between June and September 2022, including more than 213,000 in catastrophe (IPC Phase 5). This would mean famine for parts of Somalia.

Since October 2020, at least 7 million livestock have died across the region. For many families, this means the loss of their livelihood. For children, the lack of milk contributes to rising malnutrition. From January to June, approximately 568,000 children were treated for severe acute malnutrition in Ethiopia, Kenya and Somalia. Approximately 6.5 million children in the three countries are believed to be suffering from acute malnutrition.

To the west of the previously mentioned countries and considered part of the greater Horn of Africa lies South Sudan. Here, with 7.7 million people, a full 63% of the total population is at risk of acute food insecurity.

In South Sudan, 63% of the poulation is at risk of acute food insecurity. © IPC 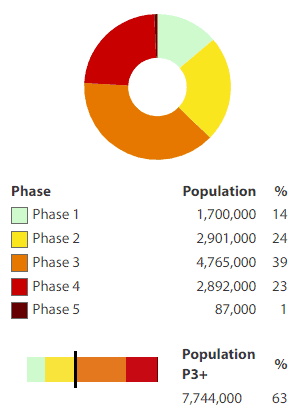 We must not forget that people are facing multiple crises at the same time. In many drought-affected areas, food prices are rising due to below-average harvests and developments in international markets. Also, many communities continue to struggle with the effects of flooding, COVID-19, and the past desert locust plague. Millions of people are also affected by conflict, particularly in Ethiopia and Somalia.

What VSF-Suisse is doing in the current crisis

Our teams are active in Ethiopia, Kenya, Somalia and South Sudan. Activities include

All this is possible thanks to our generous donors. Please help – thank you very much!

* The IPC classification allows the severity and extent of acute and chronic food insecurity and acute malnutrition in a country to be determined according to internationally accepted scientific standards. To assess the current situation in light of an impending famine, the IPC Acute Food Insecurity Classification is used. This scale provides strategically relevant information to prevent, mitigate or reduce severe food insecurity that threatens lives or livelihoods. It distinguishes between five different severity levels (IPC phases):

Different severity levels may prevail in different regions in a country at the same time.

IGAD: Regional Focus of the Global Report on Food Crises 2022