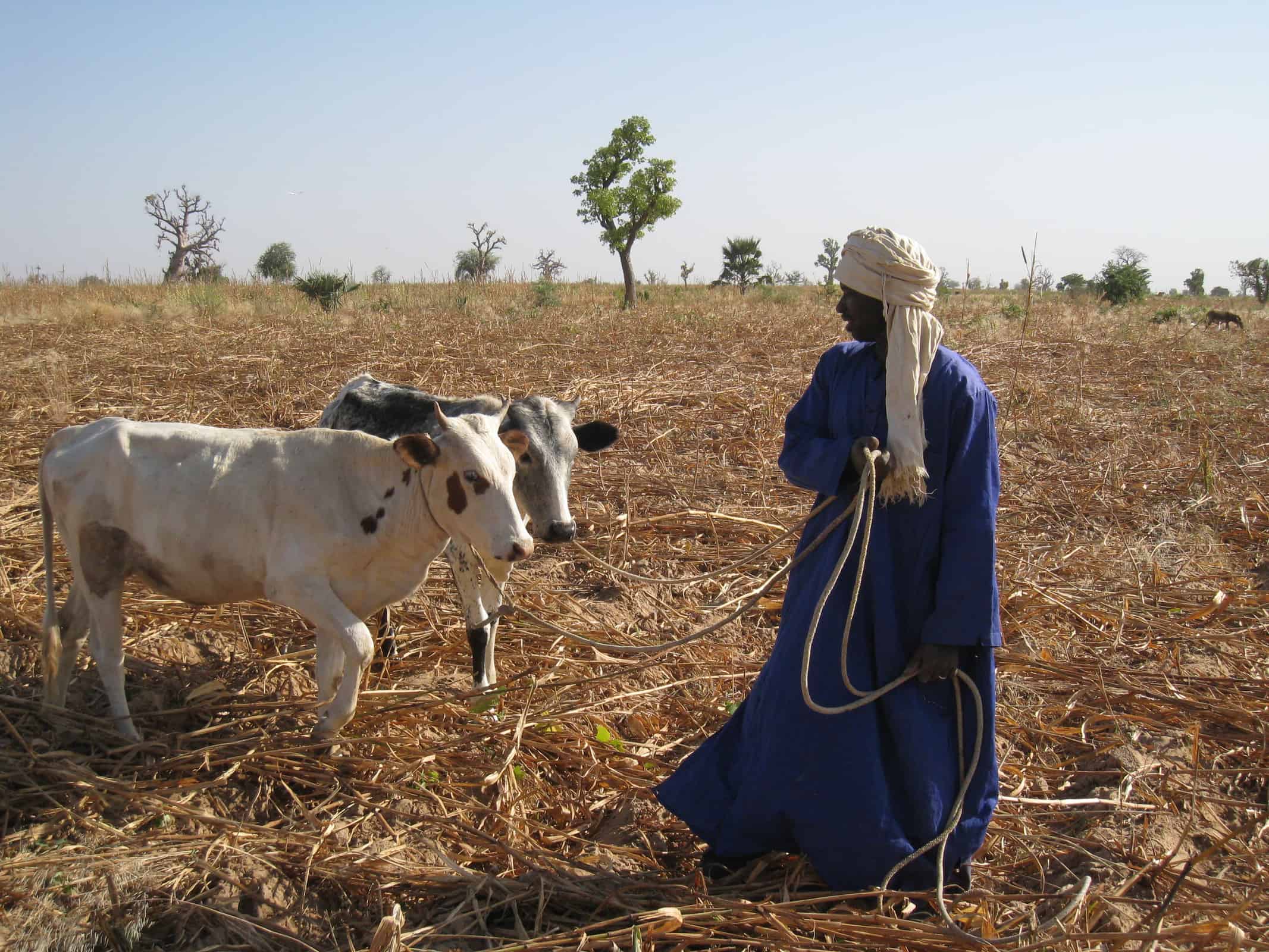 duration of the project

With 10 million of cattle and 16 million of goats and sheep, Mali has one of West Africa’s largest livestock populations. Most of the rural population relies on livestock , and a third is depending exclusively on livestock breeding.

Nevertheless, Mali is importing 90% of the milk products the country is consuming, which is 5,000 tons of powder milk a year. And these represent 40 million liters of milk!

The dairy sector is facing numerous obstacles: poor animal productivity, a low level of organization among the stakeholders, and production areas which are poorly connected to the urban centers, where most of the consumers live.
While the development of the dairy sector is one of Mali’s government’s main objectives in terms of sustainable rural development, VSF-Suisse is supporting it for more than a decade through the PAFLAPUM project. VSF-Suisse has supported this for more than 10 years with the PAFLAPUM project.

Following the strategy “From the Stable to the Table”, VSF-Suisse has supported the local milk marketing chain from A to Z for more than 10 years, be it the production in rural areas or the marketing of milk in Mali’s capital city Bamako.
The project PAFLAPUM connects breeders and markets through a network of milk collecting points, mini-dairies and 88 selling points in Bamako. 2,000 jobs have thus been kept or created, , including, of course, breeders and peasants but also milk collectors, dairy staff and milk sellers.

This project fosters the inclusion of fragile and marginalized social groups, such as women and widows. The sellers’ revenues and their overall life situations have greatly improved, and their roles within society have been boosted.

We have also improved the milk production. While cows bred locally only produce 0.5 to 1.5 liters of milk per day, we have now reached 7 to 9 liters per day, thanks to improved livestock husbandry, appropriate feeding and artificial insemination involving genetic crossing with more productive breeds.

Building on this success, the project has been extended in the neighboring areas of Bamako and since 2017, we are also supporting the milk sector in the Kayes region. 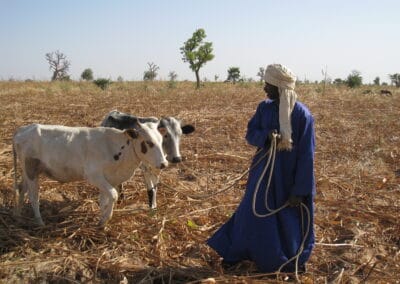 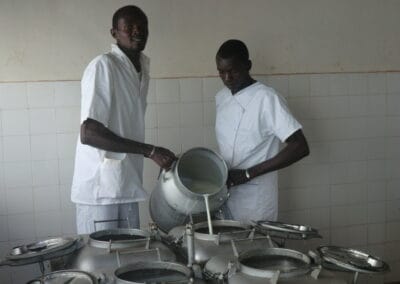 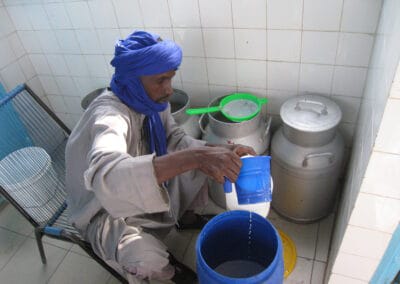 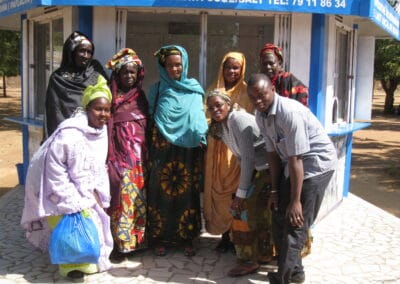 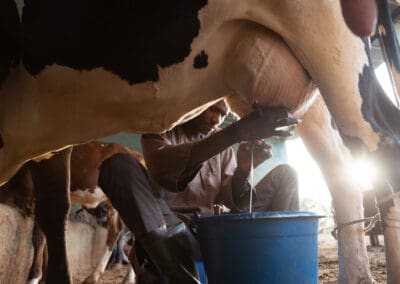 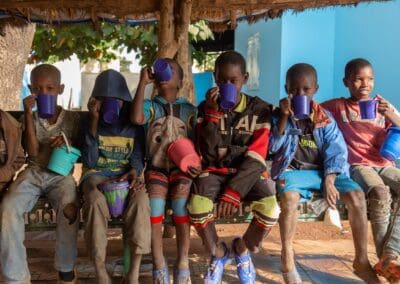 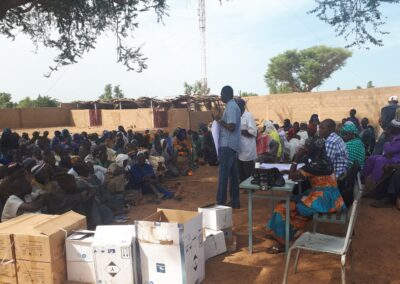