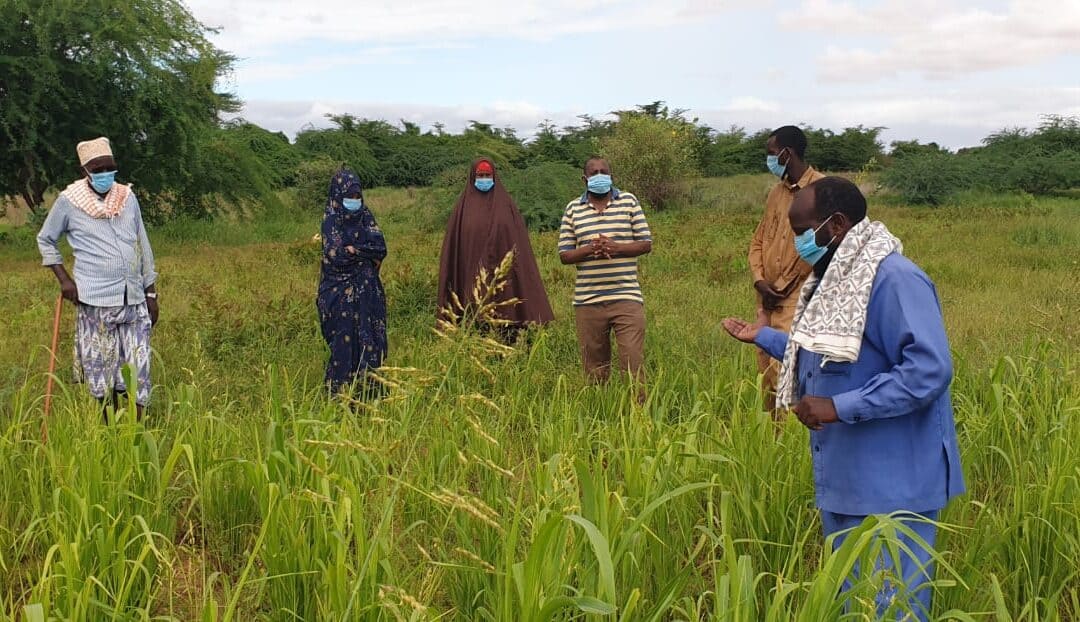 The Lifesaving and Livelihood restoration project and the related Somalia Monitoring and Learning Project aim at improving the livelihoods of vulnerable communities. The beneficiaries of the projects are farmers, low-income and vulnerable households, but also disadvantaged social classes such as households headed by women.

The projects are a success both for VSF-Suisse and for the communities. For example, a beneficiary of the SMLP* programme explains in an impressive way how the measures implemented have affected his life:

“I used to collect rubbish with my bare hands, but now I use the wheelbarrow and spade provided by the IP. We received seeds to grow food for our families and grass for our animals. I used the farm tools provided to properly prepare my land for the planting season. We also received training on good farming practices such as spacing and proper storage of Sudan grass in hay boxes. I expect a very good harvest“.

The so-called Sudan grass is characterized by its resistance to drought and is therefore suitable for planting in semi-arid zones such as those found in Somalia. For example, it can interrupt growth during drought but resume it later. Within the framework of the monitoring and learning programme (SMLP), the effectiveness of the implemented measures used was examined. For example, it was examined how the implemented measures (e.g. planting) withstand the local conditions. In addition, the learning programmes have trained beneficiaries in fodder production, which benefits animal and human welfare.