«In just one day the locusts destroy the livelihoods of 35,000 people!» 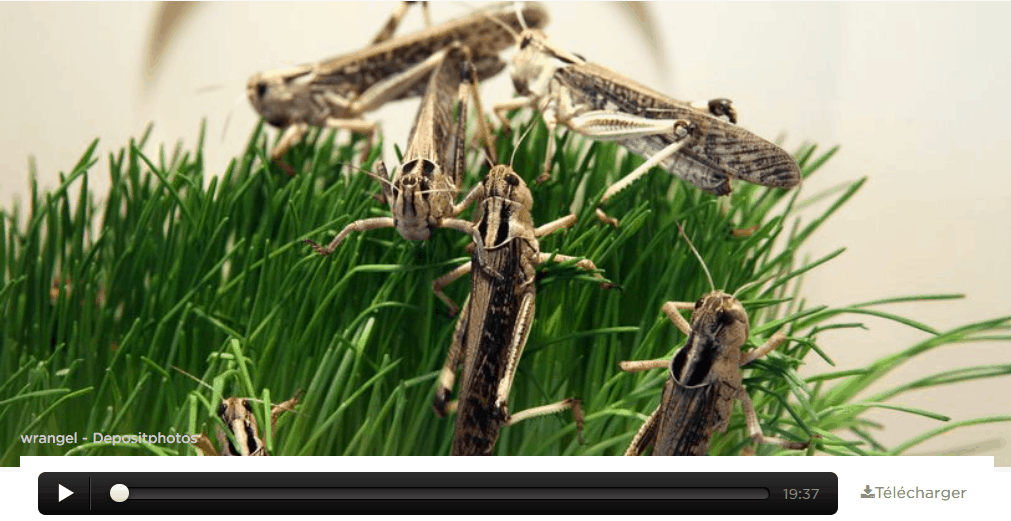 Our program manager for East Africa, Frédérique Darmstaedter, informed on June 9th at the radio program CQFD on RTS about various questions regarding the current desert locust plague of the century in the Horn of Africa. We are very gald that we were able to draw more attention to this catastrophe!
This is a first success – but we will continue to fight for more visibility to the plague!

VSF-Suisse is member of the “Regional Desert Locusts Alliance“, an association of organisations which has set the common goal of fighting the plague of locusts in East Africa. Important goals of the alliance, founded in February 2020, are to save seeds, harvests, food and fodder in the affected regions and thereby maintain food security for animals and humans. The more that can be invested in the fight against the plague, the less people and animals have to suffer.

The interview was conducted in French. However, we have translated extracts from the interview into english for our english-speaking readers:

«Can you give us an overview of the situation in East Africa today?»

«Adult swarms are currently laying eggs in large arid and semi-arid areas including Ethiopia, Kenya and Somalia and benefit from favourable conditions in the rainy season.»
In just a few weeks, the nymphs will turn from the juvenile to the adult wing stage, where the locusts are likely to wreak havoc.
This is the time when the plants start to grow.
In a single day they can eat plants that nourish almost 35,000 people. In areas where locusts swarm, harvest losses of up to 100 percent can occur

«To fight locusts… you have to use pesticides. What’s the situation regading that matter?»

«Yes, and so far the main method of fighting swarms of locusts and hopper belts is to apply insecticides with sprayers.
These are mounted e.g. on vehicles, airplanes or carried by people.«
«The spraying of swarms with chemical pesticides is indeed widespread in East Africa and is expected to be continued.»

«This necessarily has an environmental impact… …can we measure it?»

«I don’t believe that the impact can be fully quantified at this moment
On the other hand, we know that these chemical pesticides are not specifically targeted at locusts and could unfortunately affect important pollinators such as bees and other species. Other, more environmentally friendly approaches are therefore needed.
Among the appropriate and more locally applied methods is mechanical grasshopper control, which consists of the following methods:

«exactly. Locusts are suitable for human consumption and as animal fodder, with an excellent nutritional value consisting mainly of proteins and fat.
The harvested locusts are usually roasted or cooked and eaten immediately or dried and later eaten. Some important points should be considered:
Added to the millet flour, they even serve as baby food.
Dried in the sun, they can also be processed into feed rations for livestock.
And of course they can become a source of income, especially for young people and women.

And I am pleased to inform you that VSF-Switzerland has just received funding from the Biovision Foundation to launch a pilot project for harvesting and using locusts as food and animal feed in Kenya.»

We will continue our efforts to draw attention to what is happening in the Horn of Africa and are looking confidently to our pilot project in Kenya, which was made possible by the support of our important and longtime partner Biovision for this and numerous other VSF-Suisse projects.