Working against drought and hunger in Ethiopia 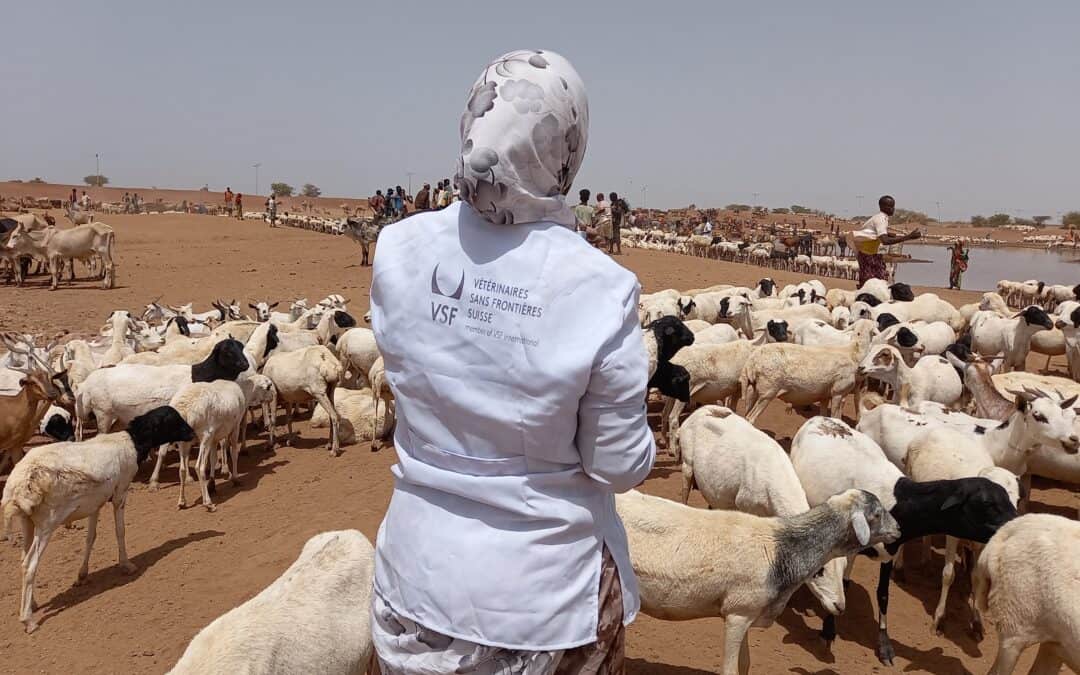 The severe drought and the resulting food crisis continue to threaten human and animal lives in the Horn of Africa (we reported). VSF-Suisse is working on the ground to help the affected people and their animals. For example in Ethiopia. The Somali region, where VSF-Suisse operates a field office, is one of the areas of the country most affected by the drought. According to the UN, 6.8 million people in Ethiopia are directly affected by the drought, including 2.3 million in the Somali region alone.

A majority of the people in the Somali region are patoralists. Their lives and livelihoods are heavily dependent on their livestock. Livestock are the most important asset as well as a source of food and income. The poor health and millions of dead animals since the beginning of the drought have a devastating impact on the food security of the affected communities. VSF-Suisse is carrying out various activities to improve the situation of these people and their animals. This includes, among other, distributing animal feed, providing animal health services and conducting vaccinations, training community animal health workers, and providing financial assistance to affected families so they can buy food.

VSF-Suisse’s programme manager for Ethiopia, Dr. Wesinew Adugna, documented the situation in the Somali Region as well as VSF-Suisse’s current activities. On the one hand the pictures show the tragic reality, on the other hand they are testament that the support for the people and the animals arrives where it is most needed. We would like to share these impressions with you.

In the following video, our Ethiopia Country Office team provides further insight into their work in light of this extraordinary and dire situation: